Sharing food, recipes, and anecdotes one bite at a time.

When we first moved to our new home in the “country,” I would find reasons to stand by my kitchen windows and “organize” and “tidy” things up just so I could look outside at the birds and the deer. 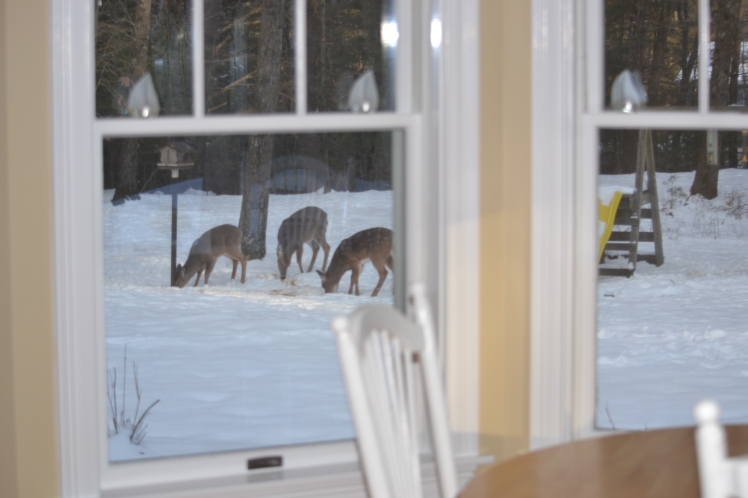 Who am I kidding? I STILL do that.

After the snow melt and the warmth returned in April, I put out two hummingbird feeders. I had hope in my heart. I had to attract AT LEAST one. I waited. and waited. and organized, and tidied some more. And then, one dreary afternoon in May while making a pot of tea, by the kitchen windows of course, SHE showed up. My heart soared. I saw SOMEthing. Could it be? No. Maybe it’s big bumblebee? Can’t be. It whizzed by again. YES! That whirl and swirl of green did a third pass by the windows and RETURNED to perch on the feeder. It was a hummingbird! She didn’t hover. She perched right on the plastic swirl and bravely dipped her long beak in to check out my humble offering.

I bent down low, my eyes just high enough to peer out over the windowsill. There she was! A tiny, green and white ruby-throated hummingbird with a long black beak and a chubby round, white belly.  I think I held my breath for a full minute, too scared to move for fear of startling her. I was in awe. and in love.

She flew up and down.

And then, she sat on the highest part of the shepherd’s hook and spit out the nectar that was in her mouth. How funny! The water came shooting out of her shiny, black beak as if pumped from a Supersoaker! 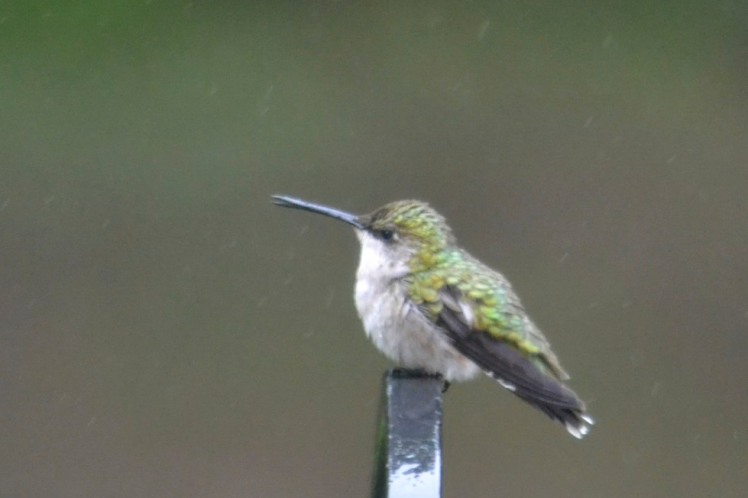 I tried for years at our previous home to attract hummingbirds, only to have one curious visitor come by, check out the hanging plant and my nectar feeder, and zoom away as if to say, “Thanks, but no thanks.” It was like the year I decided to hand out raisins for Halloween.

Why was I successful this time? Because I was not going to accept the possibility that I wouldn’t attract at least one hummingbird. I researched native perennial plants, keeping in mind the plants needed to attract butterflies, honey bees, and be deer “resistant.” That roughly translated into Google searches, cross-referencing lists, multiple visits to Wolf Hill Garden Center, and over a hundred hours of weeding, digging, and planting from late April through early June after work and on the weekends. In June, I purchased a third hummingbird feeder. A week ago, I purchased a fourth. Everyone is happy and well fed at Metcalf Rock. The ten or so hummingbirds, multiple varieties of butterflies, sixty thousand Italian honey bees, twenty-four and counting New England bird species, five crazy relentless gray squirrels, a couple red squirrels, and one or two chipmunks visit us for their first breakfast, second breakfast, first lunch, second lunch, first supper, second supper… 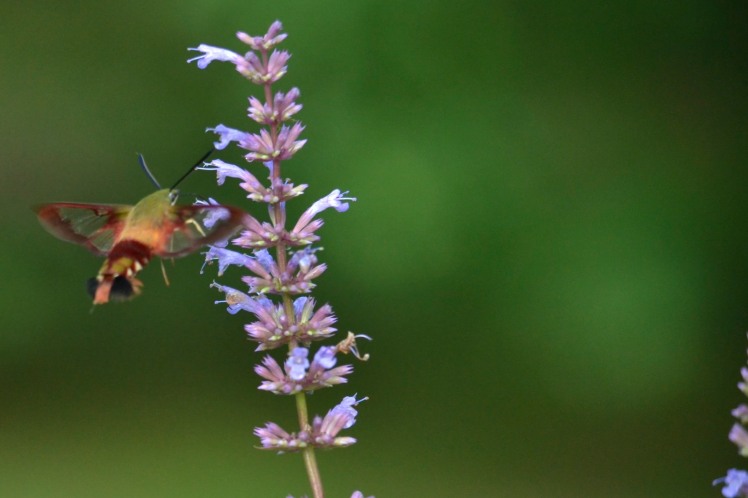 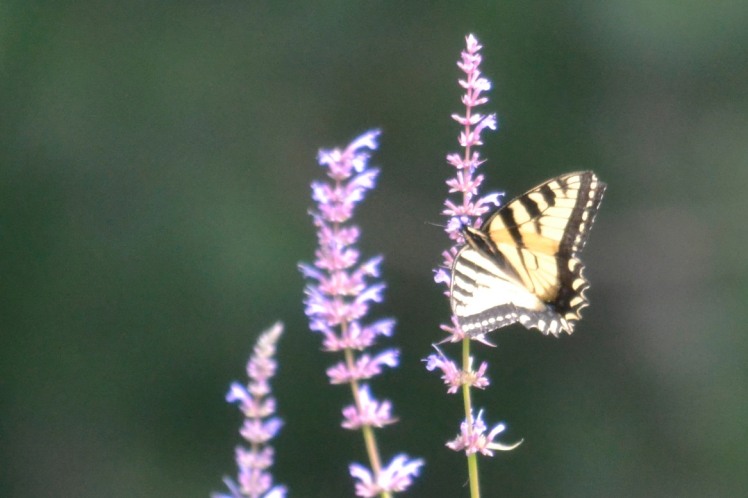 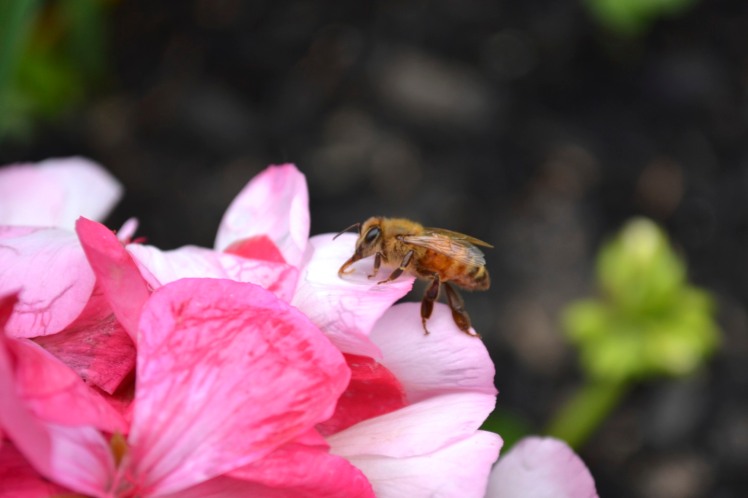 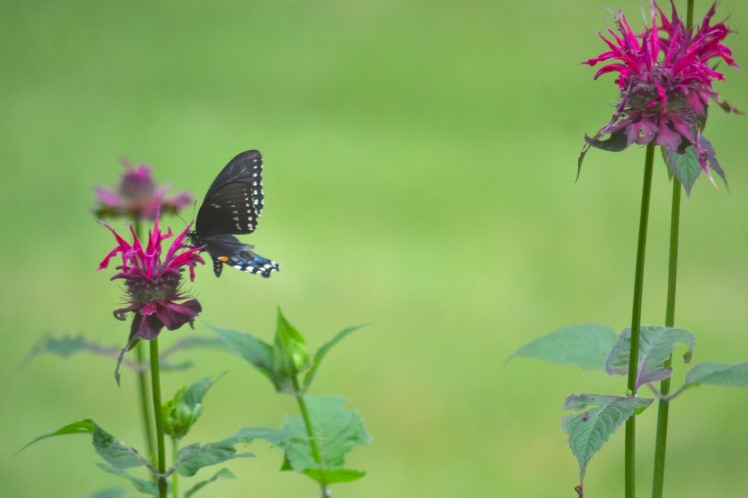 There is one curious and friendly female hummingbird that perches directly in front of my four breakfast area windows. She, I’m calling her “Pip,” sits on one of the highest branches of the mock orange bush and watches over the feeders and the gardens. It happens to be the best vantage point for her to see all the hummingbird feeders. Pip seems to like watch me write, too. 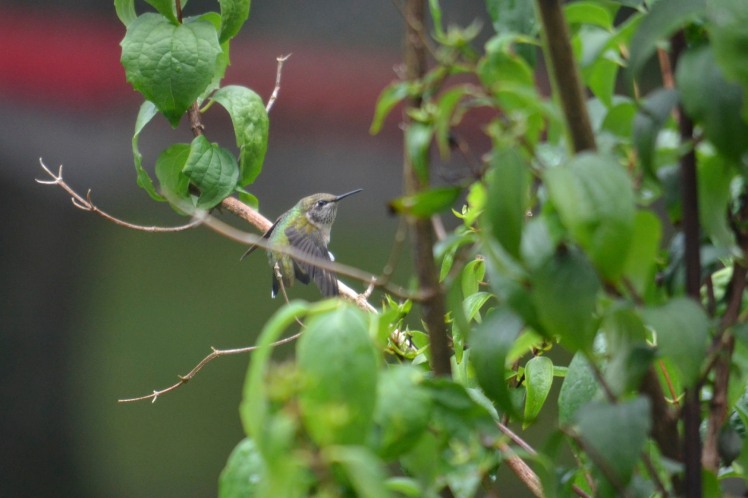 Pip preens herself, relaxes, looks to the left, looks to the right, looks up, and preens herself again. If Pip spies an oncoming interloper she gives chase. She isn’t too aggressive, thankfully, because I watch at least ten hummingbirds visit the feeders under her watchful eye. Pip hovers around my windows, peering inside, checking out the moulding and the glass (maybe she can see herself?). I like to think Pip is thanking me for the riotous flowers and the feeders. 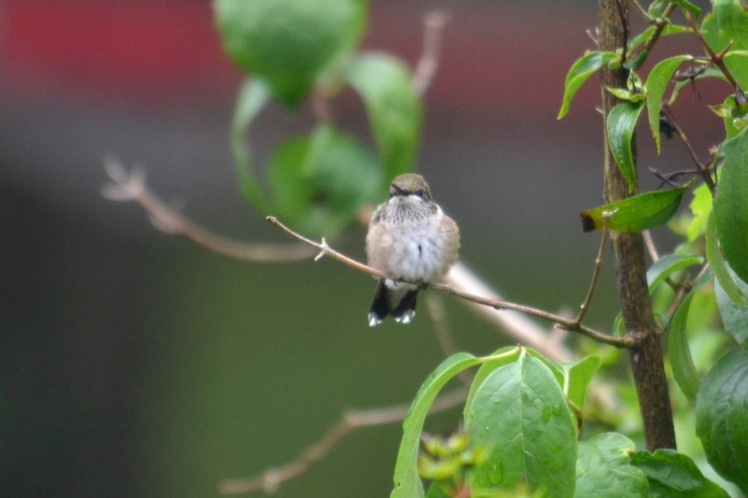 Here are some interesting hummingbird facts and general information about hummingbirds from the World Of Hummingbirds website: 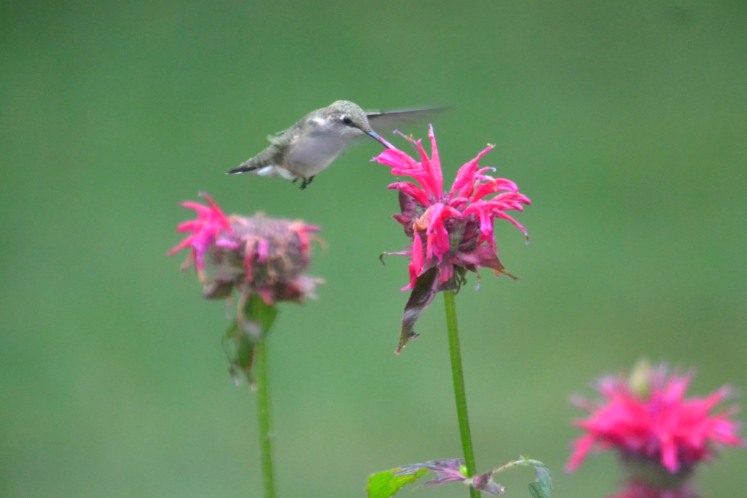 Add the water to a large pan and heat on high. Get the water hot before adding the sugar (it will dissolve better). Stir often. Bring the solution to a boil and keep it at a low boil for only 1-2 minutes or you will evaporate too much water and change the suger:water ratio. Cover, and set aside to cool. Refrigerate for up to two weeks.

Do NOT add coloring.

Change the water in the feeders at least every 3-4 days, more often if it’s over 85 degrees.

If it’s cloudy, change it.

Take apart all the pieces of your feeder at least once a week, more often if there’s a heat wave. Hummingbirds are smart. They will not return if the feeders aren’t kept clean.

Keep a camera close by.